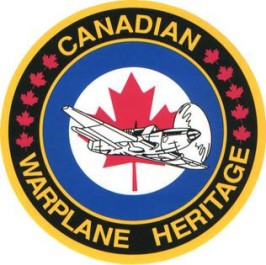 The Canadian Warplane Heritage Museum is a Canadian aviation museum located at the John C. Munro, Hamilton International Airport in Hamilton, Ontario. They were persuaded to fly their Lancaster aircraft with 622 Squadron badges on the tail. (That’s all I know about that one, but the video explains more.)

The other link is to all the pictures from 622 Squadron’s attendance at St Sauveur memorial.

To read the full story, please click on the pdf below:

The Godmanchester Stirling was in fact LS-G George of XV Squadron. The aircraft crashed in fields outside Godmanchester on 11th April 1942. Roger tells the story of the aircraft and the crew in his wonderful book Stirling To Essen, available on the internet and at Waterstones.

9th September 2018 marked the first anniversary of the Godmanchester Stirling Memorial Dedication Day. To watch the ceremony go to the link below. It was also covered by ITV Anglia on their evening news, you see the report on Youtube:

My thanks to everyone who helped make it happen. What a day it was.

This link takes one to a link which shows the aircraft and crews of 149 Squadron at Mildenhall 1939 that took part in the Battle of Heligoland on 18th December 1939.

Please note: You too may need to download Adobe Flash player 10.1 to see it

Both are similar short clips from Pathe news that were shown in cinemas around the country following this notorious and very costly battle. The Battle of Heligoland Bight on the 18th December 1939 was the first named battle of WW2 and finally made Bomber Command see that daylight operations over German held territory were going to be too costly to sustain. 12 Wellington bombers were lost along with 57 men, the Germans losing two airmen only.

The crews and aircraft are those that actually took part and are from 149 Squadron. Thankfully, the squadron only lost two of the nine participating in the second wave of aircraft. Another, N2980 (the now famous R-Robert, The Loch Ness Wellington) having to land at Coltishall. It had tried, unsuccessfully, to drop it's dinghy to the crew of N2961 which had ditched near Cromer. The dinghy fouled the tail and Squadron Leader Harris was lucky to make the emergency return to Coltishall. The whole crew of N2961 perished, despite the heroic efforts of the Cromer lifeboat.

Towards the end of both clips a young man in white overalls, with sergeant stripes, appears, smoking a cigarette and giving the thumbs up sign can be seen. He has been positively identified by a family member as AC2 Harold Gillott who survived this operation. We cannot understand the sergeant's stripes, but it is possible he borrowed the flying suit.

The Mildenhall Register is working closely with Jack Waterfall of Heligoland'39 (see https://www.facebook.com/Heligoland39-Project-215328779197279/ &https://www.heligoland39.org/) towards a Remembrance, Reconciliation and Commemoration service in Ely cathedral this December 18th.

Then on the 80th anniversary in 2019 it is hoped to hold a ceremony at the Runnymede memorial, with a reception at Brooklands (where R-Robert is preserved) afterwards. Watch his and our web pages for further information.

Anyone with any information or connection to these crews is asked to contact Jack at the details on his web and Facebook page or me, The Secretary of The Mildenhall Register via my contact details on this website.

Members of The Mildenhall Register will be warmly welcomed at both events.

Below is a link to a wonderful documentary that is on You Tube is called ‘Remember the Stirling’. You can find part 1,2, and 3 of it by clicking on the links below:

This clip is Canal C TV's coverage of a commemoration event on Sunday 15th April in Nismes, Belgium:

There is also a film that Guy Lapaille produced about the loss, which he has posted on Youtube:

To view photos from the event click here: http://www.viroinval.be/photos/Photos_Short_Stirling/thumb.html